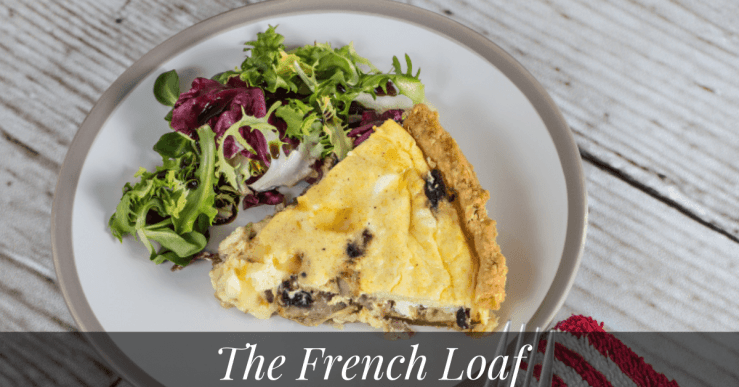 An idyllic afternoon and a snack at The French Loaf Pune

The French Loaf is a warm and cosy place nestled in the leafy bylanes of Koregaon Park with some excellent food and ambience.

A friend and I were out for a drive earlier in the week, and as the morning gave way to afternoon, we started feeling hungry. After fixing on the area (Koregaon Park), the next thing was to decide the place.

Neither of us was in the mood for a ‘proper’ lunch, rather a quick snack kinda thing. Several names popped up like Post 91, Italicks, Mocha, Prems et al, when she suggested ‘French Loaf’, as she’d been there before.

Located near The Great Punjab restaurant in Lane 5, the entrance is simple enough, and once in, it seems like any other bakery or confectionery shop. As you enter, the section on the left has the usual breads and loafs that people walked in and bought. As far as eating was concerned, there was an array of veg and non-veg stuff, neatly separated by a section which had cakes and desserts. The one thing that surprised me was that most of their non-veg creations had chicken sausage rather than chicken itself.

The place is warm and cosy without being obtrusive, allowing people to talk comfortably without being overheard or eavesdropping on others. I also liked the size of the serving plates, unlike that at Yana’s :p

The food was good and we enjoyed it, especially with loads of mustard which both of us are quite fond of. We also ordered coffee and chocolate, though keeping my sore throat in mind, she ‘mothered’ me by advising I have it hot rather than cold, but very graciously allowing me to have ‘just a sip, not more’ from her drink. 😀

The conversation and banter flowed on and before we knew it, a couple of hours had passed by. I was wondering whether to eat something else, knowing that such ‘bread or baked’ stuff is not really that fulfilling. She said she wasn’t hungry, so I went on to have a dekko, settling on the Chicken Quiche. This had actual chicken and was made well, except for the crust which was a little too brittle than what it should have been. I think the one at Kremes n Krusts is better.

We also ordered a Walnut Crumble, but didn’t eat it completely there, asking for it to be packed so we could eat it later. My point about baked dishes not being sufficient was also proved when she pinged me later in the day to say she was already hungry again and wished she’d eaten more 😀

We finished the Walnut Crumble on the drive back, and the box still lies in the glove box of my car, carrying memories of an idyllic and pleasant afternoon spent driving through the leafy lanes of Koregaon Park and the splendid ambience at The French Loaf 🙂