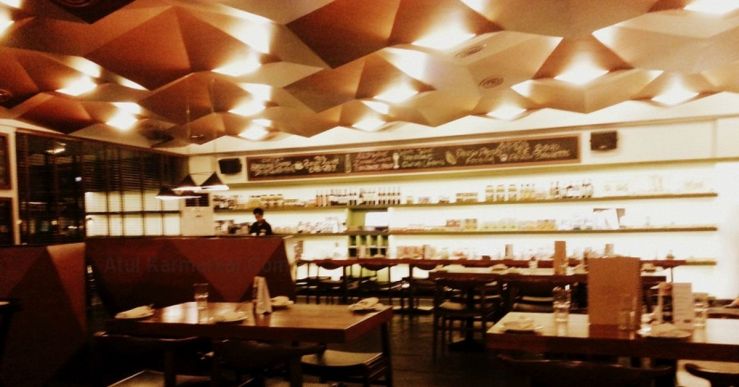 Had dinner plans this Sunday with a friend and another who was in Pune for the weekend. As evening approached, we had to zero in on a place and although we did consider WTF! at Phoenix, Mezzuna was the final destination.

Nestled inside City Point, Mezzuna Pune can be quite easy to miss as it doesn’t ‘face out’ unlike the other restaurants in that complex. They have a choice of indoor and outdoor seating. However, keeping in mind the possibility of rain and insects, we decided to sit inside. 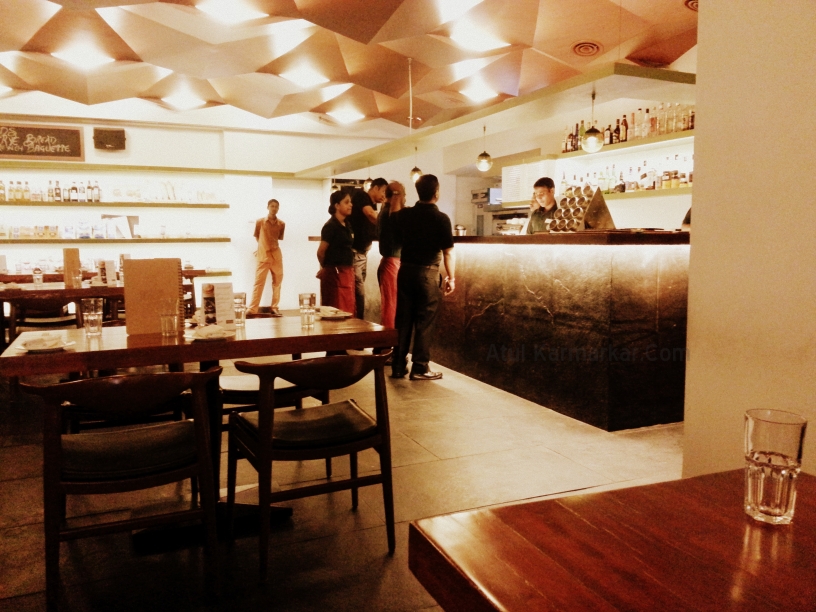 Mezzuna has a nice and warm ambience, relaxed seating (although a tad too close in some places) and overall, is well spaced out. They have a pretty decent bar and one side of the room is stacked with various kitchen goodies, sauces and breads. 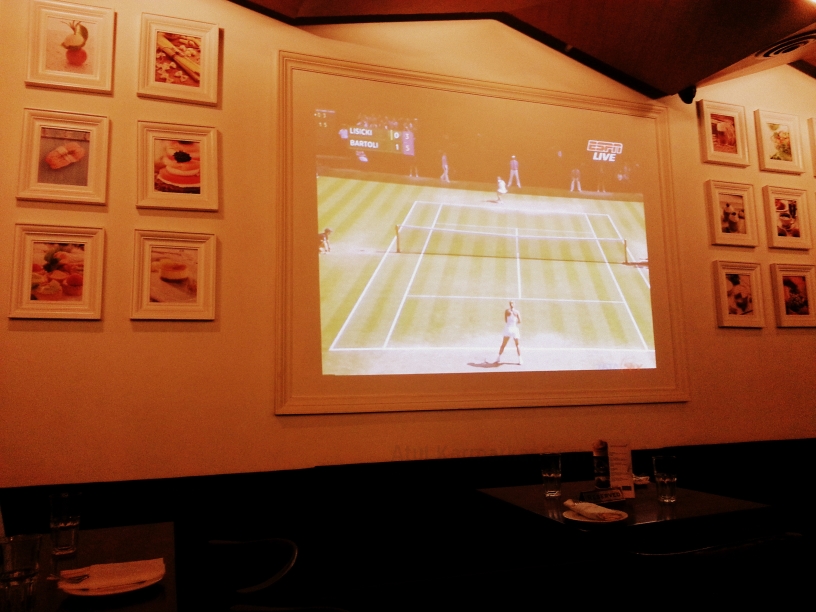 We were pleasantly surprised to see the management screening the ladies singles final at Wimbledon, on the adjacent wall, though it was a pity Lisicki lost.

The bigger surprise though, was the menu. Rarely have I seen such a ‘chunky’ and comprehensive menu. There were plenty of options for beverages, and we chose to order the draught beer pitcher. 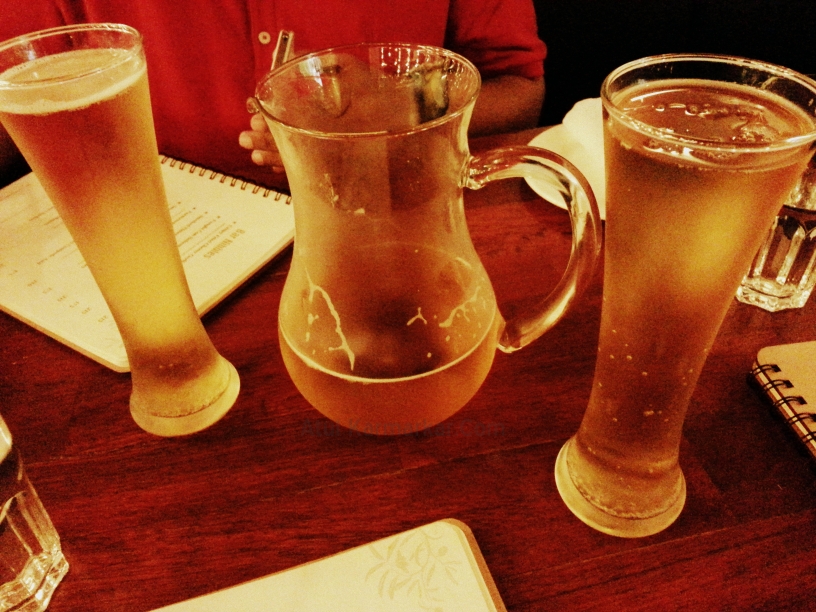 For starters, again there was no shortage of choices and we initially thought of ordering Barbecue Pork Ribs but were informed it had only two pieces. As there were three of us, obviously that was cancelled. We eventually ordered the Orange and Ginger Grilled Chicken. Enough pieces, delightful taste, and that hint of orange zest stayed right till the end.

The beer was pretty ok too and we had downed two pitchers when we decided to order the mains. Both went in for burgers – Old Smokey Lamb Burger (Char grilled lamb patty, topped with smoked mozzarella) and Teriyaki Pulled Pork Burger (Slow cooked teriyaki pulled pork, grilled over charcoal with soy and ginger glaze).

Obviously, with my right arm still in a brace, there was no way I could have a burger, so I ordered Stuffed Fried Chicken (Turkey ham and pesto stuffed chicken breast, soaked in brine and crisp fried, with purpleslaw and hand cut wedges).

The food was fabulous in every way. The meat was well cooked and melted in the mouth. I liked the flavours in the stuffed chicken. During the meal, we had ordered a third pitcher and were feeling quite full, but then how does one come to a place like this and not sample the desserts? 🙂

Besides the regular menu, they had a special dessert menu and these had us scratching our heads as we couldn’t zero in on what we wanted. We asked the stewards to help us decide, but sadly, they seemed quite clueless about the desserts and preparation+content. Luckily the manager there was able to gauge our preferences and suggest some that we might like. Molten chocolate (with vanilla ice cream) and Crème brûlée were chosen from the regular menu, and I ordered Cointreau Souffle (with vanilla ice cream) from the special menu.

The desserts were yummy; the chocolate was sinful, the subtle hint of Cointreau lingered on, however the Crème brûlée wasn’t among the best, but thankfully not as bad as the one at Flambos. Overall, an extremely satisfying time was had. The prices were quite reasonable and we thought having all of the above for just over 1K per person was quite good value for money. Mezzuna Pune rocks!