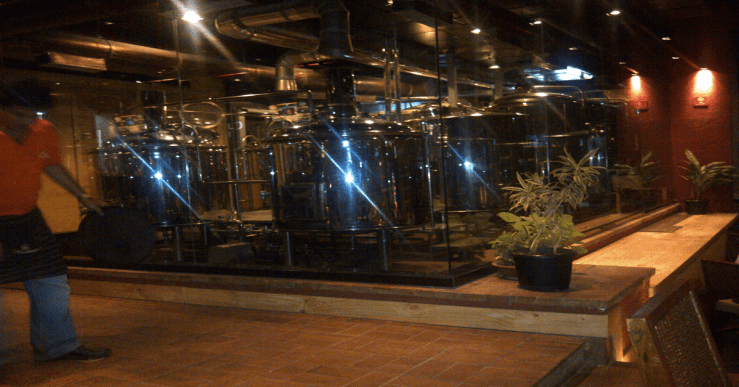 Ever since it opened it’s doors as Pune’s second microbrewery, I’d been meaning to check out TJ’s Brew Works at Amanora Town. The first microbrewery in Pune was of course, Doolally. Pretty soon, most of my friends had been to TJ’s, and my visit remained pending, so it was a pleasant surprise to discover another friend who hadn’t been there either.

It had begun to rain quite heavily by the time we got there. It was also the first time I was coming to Amanora and I have to say the way to the parking lot is quite confusing. Eventually, I just told the security guard I wanted to go to TJ’s and he directed me to the East ‘Blok’ parking.

Located on the first floor, TJ’s seems well spaced out, has a pleasant ambience and a mix of indoor and outdoor seating in a relaxed and casual setting. The place was brimming with people and there was some loud retro music playing. A little ahead once you enter are the impressive looking shining steel vats.

I’m not much interested in cricket nowadays, but there was a T20 match going on, so thought what the heck, and plonked myself in a TV facing area as I waited for the friend to finish his phone call. The menu card was pretty dirty and sticky and tearing in some parts already. TJ’s seemed to have six beers in all – Premium, Zen Weiss, Devil’s Dark, Blonde, Mystery Brew and the Devil’s Dark BC (Belgian Chocolate). We called for the samplers and were presented with only four of them – apparently the ones on tap now. 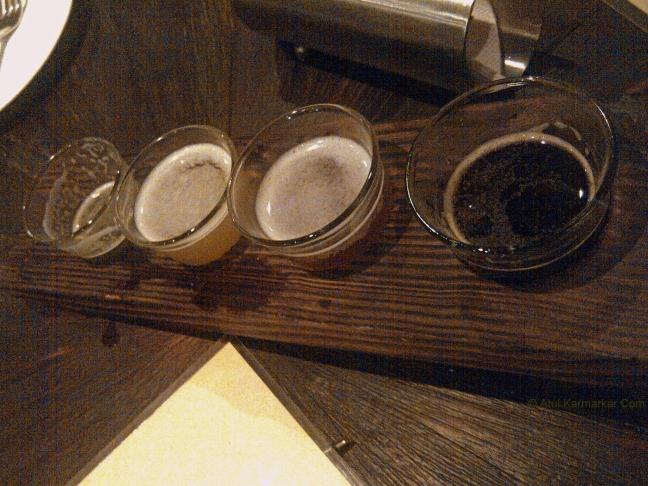 These were the Mystery Brew, Zen Weiss, Premium and the Devil’s Dark BC. In terms of flavour and taste, they were all quite weak and tasted like a diluted soft drink, to put it mildly. We’d heard a lot of praise for the Devil’s Dark, and though the sampler didn’t really indicate anything as such, we decided to order it anyway. 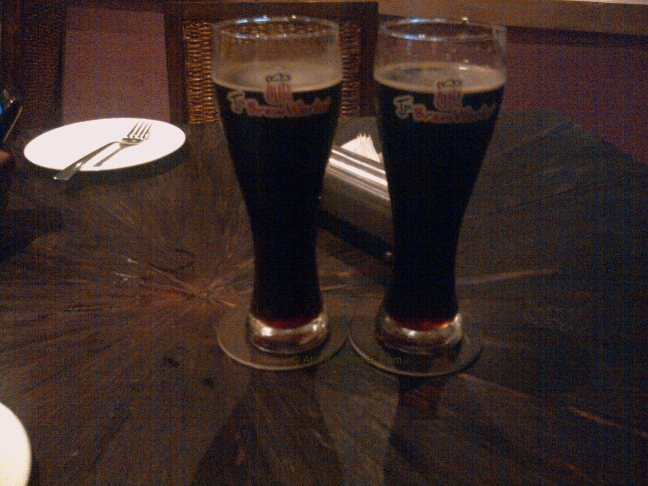 Frankly, it was a bit of a let down and I’d say even Murphy’s Irish Stout (which I’m not a big fan of) is better. I’m not even comparing any of the beers here with those at Doolally, who have really spoiled us by giving us a taste of real beer. 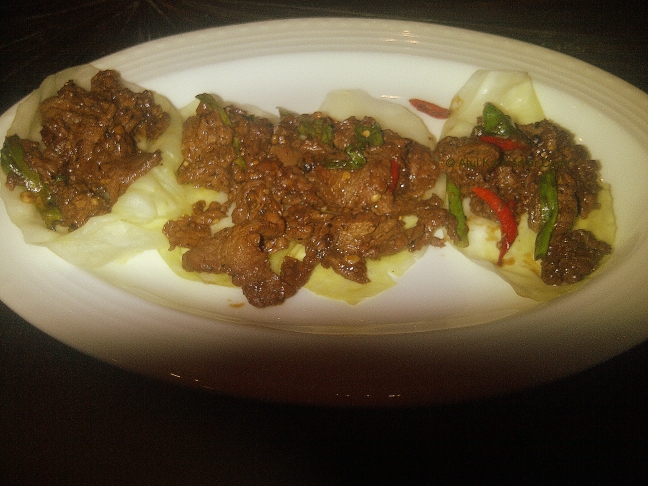 For starters, we immediately chose the heavily recommended Korean Beef, and I have to say it is a fabulous dish. The beef was really tasty and just melted in the mouth, though I went overboard on the red chili and needed a few swigs of the beer to get the fire out of my ears 🙂 It was demolished within no time and we had no hesitation in placing a repeat order for both this and the Devil’s Dark, as the other beers were really pathetic.

For the main course, we ordered a well done Beef Tenderloin Steak and a Rosemary Roast Chicken. It took a while coming, but thanks to the Korean Beef, we weren’t all that hungry either. 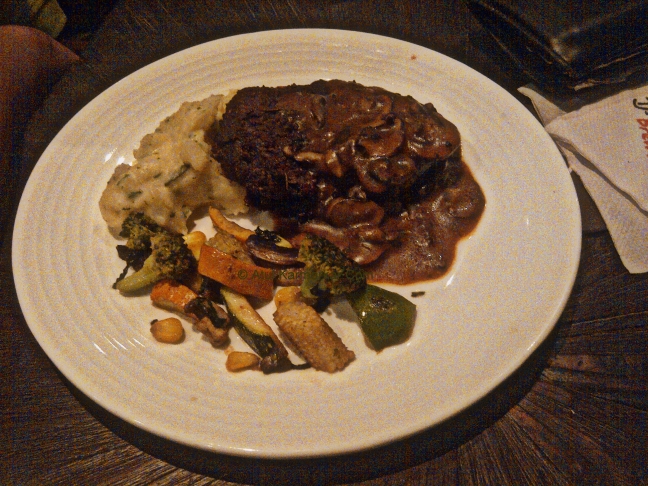 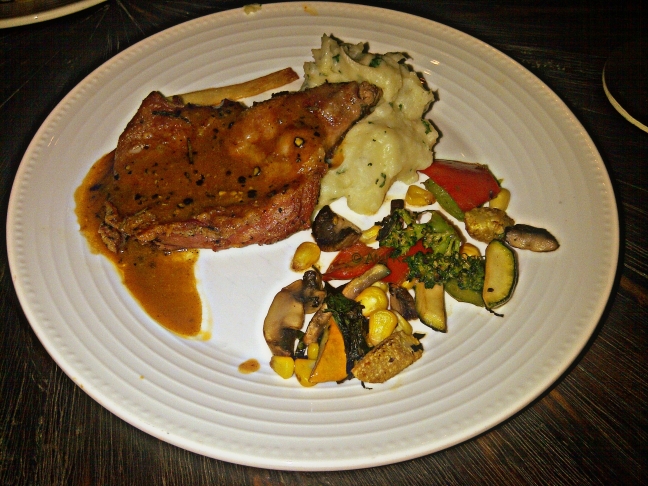 The beef was overcooked, tough and leathery, besides being “fried”. We called the captain and pointed this out to him, and he scurried away to look for the chef. Meanwhile, I’d been nibbling at the potato mash and veggies and when I ate a piece of the chicken, it was so salty I almost spat it out. To be sure, I had another bite and it was salty too. Uggghh! Asked the friend to try as well from another section, same reaction! Called the captain again, told him it was inedible, and asked him to take it back as well, along with the beef steak.

Finally after a longish wait, the chef came over personally to get feedback. By then, I was quite pissed off and although he first suggested replacing both dishes, then getting any other dish, then saying it would be at their cost, I was in no mood to oblige. The friend was contemplating Butter Chicken with paratha – after all, how many people can mess that up? However, seeing TJ’s track record for the day, he changed his mind and ordered just a sweet lime with sugar instead, which was served without sugar!

Rarely does a place get it so wrong on a single occasion, and while I’m willing to accept that everyone has a bad day as far as the food is concerned, having two dishes sent back is sheer carelessness.

What’s worse is that their raison d’être – the beer – totally failed to make any impact at all. I’ll make an exception only for the Korean Beef, which was truly excellent.

* Sorry about the lousy pics. The lighting wasn’t so good and I kept experimenting with/without flash, to no avail.