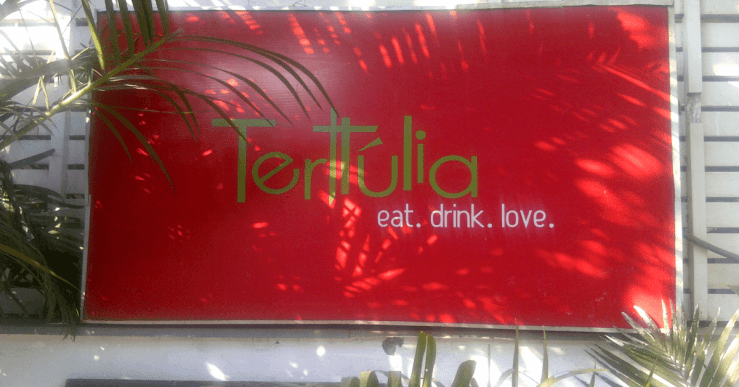 Planned to meet a couple of friends for beer and lunch at Terttulia in Koregaon Park. Nestled in the leafy lanes of South Main Road at Sanas Corner, it can be quite easy to miss, especially during the day.

They have both indoor and outdoor seating – and as the sun was benevolent that afternoon, we chose the latter. The tables are well laid and decently spaced out. The wooden chairs do tend to be somewhat unstable though, so check before descending on one. I’d been there once before for breakfast (which is served all day), and not much had changed in the layout.

Initially there were just 2-3 people sitting in the outside area. However, this being the kind of place you come to just hang out at on a lazy day, the place was packed within half an hour. Like other joints in Koregaon Park, it’s quite popular with foreigners, who trooped in every few minutes. 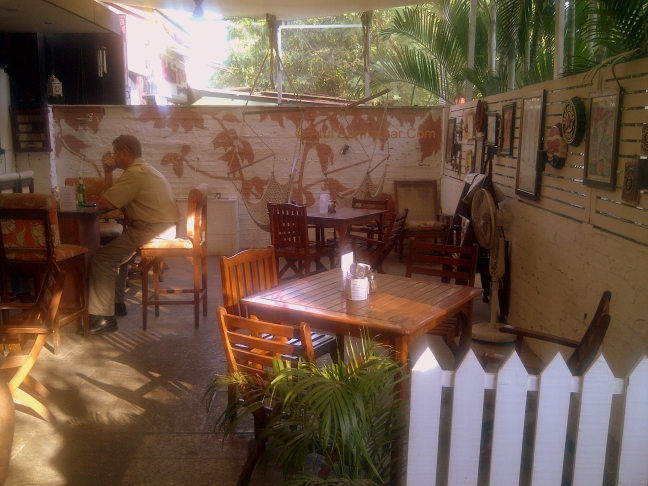 The ‘proceedings’ began with a pint of Kingfisher each and before we knew it, we had nine of ’em down the hatch by the time we had to order lunch. They have a board by the side of the counter which lists the day’s specials. The food on offer at Terttulia Pune is quite varied and we took some time poring over all the dishes before zeroing in on our respective choices. Besides the breakfast menu, they have the usual complement of soups and salads, sandwiches, burgers et al. 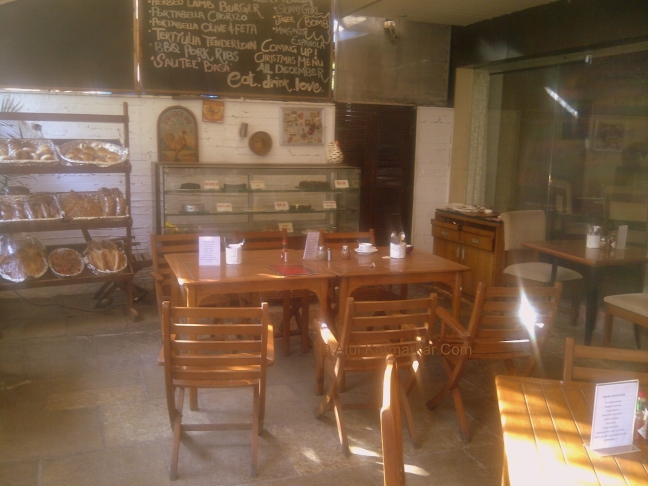 The service did seem a tad slow at times, and though the stewards are always smiling and helpful, it only takes the entry of a few foreigners to the cafe in order to divert their entire attention from your table. I really dislike this kind of attitude and I’ve seen shades of it at German Bakery here and even Cafe Leopold in Bombay – one of the reasons I’ve never frequented either of these places much.

Owing to all that beer, there was no scope to try out any of the other dishes. The food was pretty tasty and the meat was tender and succulent – overall good value for money, though it was hardly surprising that the amount spent on the beer exceeded that spent on the food 😉