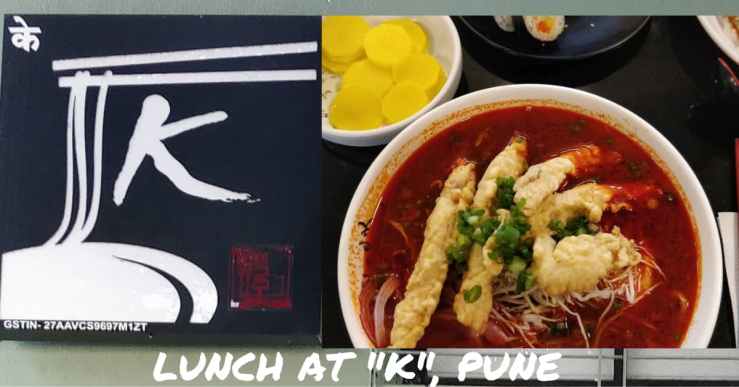 Fresh into the new year, and lunch plans were made for a visit to the famed Smiley House in Aundh. Unfortunately, that was closed, so we decided to try “K” – one of the few restaurants serving Korean cuisine in Pune, and oh wow, it was totally worth it. Previously, I’d only tried Korean cuisine at Cafe Maroo in Pune and Soo Ra Sang in Bangalore.

Finding the place took longer than expected, partly due to the name – “K”, as well as the exact location on Google Maps, and it’s very easy to miss while driving. We parked close by and walked around before finally spotting this blink-and-you-miss-it place. It is near Medipoint Hospital, and there are several other eateries along the same stretch of road, like L’Apicio, Andaground and more.

K is a small and simple set-up with tables neatly laid out, and there’s an attentive steward around to help. There weren’t many free tables and a majority of them were occupied by Koreans, which was hardly surprising.

We were definitely going to order the Special Ramen (Fried Chicken, Mixed Vegetables, Egg with Chicken Soup), and began checking out the menu for the other dishes, eventually settling on Bibim Mandu (Glass Noodle, Chicken, Spring Onion, Chives with Cabbage Salad), and Veg Seaweed Rolls. They also have around 4-5 set menus but we preferred to avoid those. If you’re part of a larger group, it may make sense to order 2-3 (or more) of those set menus in order to get a taste of most of the dishes on offer. 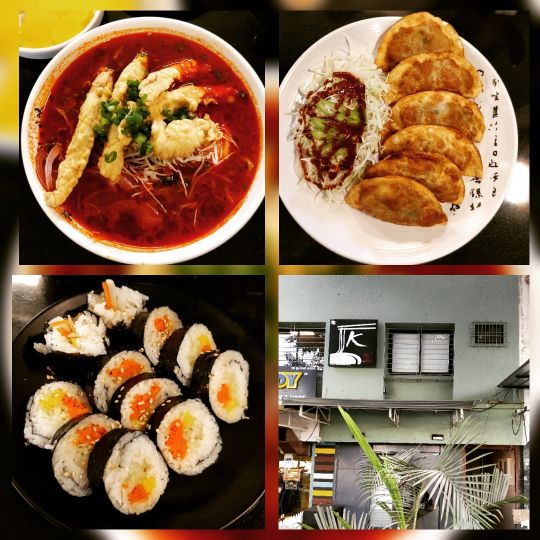 Gosh, the food was excellent and so so good! The Ramen was on the spicier side though, and by the end, my face was totally flushed! :joy

Don’t recall seeing any desserts on the menu, and frankly, we weren’t really keen to have any either. Have to say the food here was absolutely VFM, and will try out the other dishes on the next visit here, especially the Spicy Kimchi Pork as well as the Bibimbap. Considering there aren’t too many good restaurants serving Korean cuisine in Pune, this one is definitely worth bookmarking! 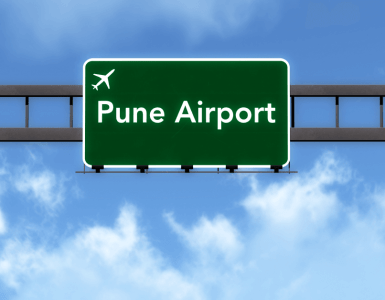