It came as a shock and surprise to know that Steve Irwin, the crocodile hunter died after being stung by a sting ray.

Having watched several of his programs on TV, one had grown used to his mannerisms and antics, even though they seemed over the top at times… like feeding a croc while holding his month old son, but then that was Steve at his best for TV. He also faced flak for some of his views on politics, as well as wildlife and tourism in Australia.

It is also distasteful to see people putting up fake videos of this encounter on YouTube when its been clarified that no footage of his final moments has been made public.

For a person who was used to “playing” with crocs, snakes and other deadly animals, it was quite ironical that death eventually came the way it did, although somewhat fitting that he died doing what he loved best.

Up Yours, traffic “nawabs”!

Doesn’t it kinda piss you off when you’re driving on the road, observing all rules, lane etiquette etc when some smartass in a hurry cuts across to go to the opposite side? Or brushes past your vehicle... 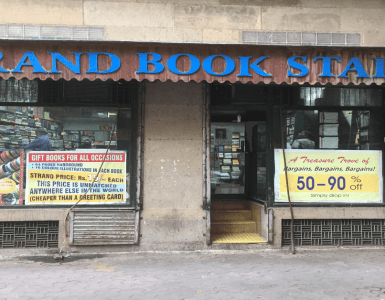 Happened to read that Mr. T.N Shanbhag of the Strand Book Stall passed away. For a moment, it seemed difficult to comprehend he was no more, and I recall meeting him over a decade ago, when I was staying in Mumbai. I...

How long does a lizard stay in one place?

Quite an intriguing thought! Watching lizards around the place is no big deal, but this is something that really surprised me no end. Initially, I just happened to notice it, and liked the way the silhouette showed up...