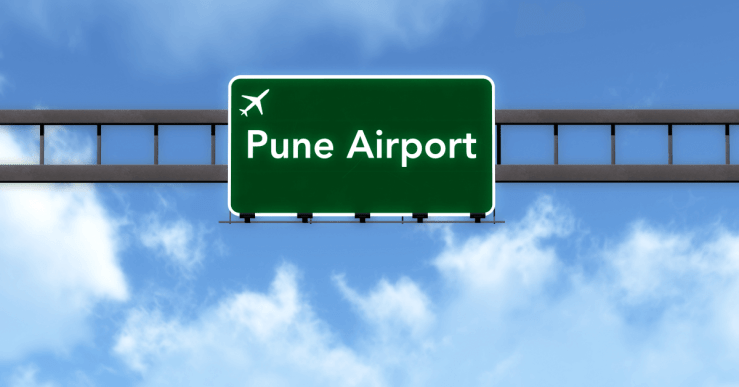 Recently, I was at the Pune Airport to pick up some guests in the morning. The first thing I noticed was the long snaking queue on the approach road (which usually isn’t the case) with a traffic cop making a hash of things (no surprises there).

When I *finally* entered the premises after being on that road for 15 minutes, there was a guy at a parking meter who handed me a slip. Now I’d not been to the airport for a while and was unaware of this new Pune airport parking system. That slip, which is time-stamped when issued, allows you a grand total of FIVE MINUTES in which you have to pick up the passengers, load their luggage, and head out of the airport premises.

This sounds perfectly fine in theory, but anyone who has visited Pune airport will vouch for the fact that 5 minutes is just not enough. The biggest culprit? The queue of vehicles waiting to get out of the airport. No wonder the Pune airport parking system is a big chaotic mess!

Sounds strange but that’s how it is – you could be done with the actual pick up, seating etc in a couple of minutes, and it could take you more than 3 minutes to reach the exit gate. The first time around, I was surprised when asked to pay Rs 85 since the overall time exceeded 5 minutes by a minute or so (yes, I know there is a blink-and-you-miss-it signboard placed on the road at the entry, stating this), and telling the attendant that the long line of vehicles in front of me was to blame had no effect.

Also, the attendants there are a bunch of thugs or the bouncer variety, and this guy started hammering on the car bonnet and window when I refused to pay. If it weren’t for the guests in the car, I was all set to argue things out with him or call the supervisor into the fray. Informing the traffic cop outside of this attendant’s behaviour had no effect (“we have no jurisdiction on airport parking”).

The second time around, when I went to drop them – it was almost a similar situation. Dropped and said goodbye in a couple of minutes, and then got behind the line of vehicles wanting to exit. Wonder of wonders, there was a cab parked sideways in front of us – the driver waiting for his passenger to arrive and get in. It was a mad cacophony of blaring horns and yelling from drivers in other vehicles (including yours truly), asking him to get his cab out of the way – as we all anticipated paying 85 bucks just because of this dumb driver. Luckily, made it out without incident, and just within 5 minutes.

I guess all this sounds a bit dramatic, but the Airport Authority seriously needs to reconsider this brainless rule. In an extremely crowded and cramped enclosure like the Pune airport, 5 minutes is simply too less for entry and exit. I’m aware there have been cases of vehicles (especially cabs) hogging space in the premises as they wait for their passengers with the usual “sirf paanch minute” excuse, so I’m not at all against a time limit for parking or imposing charges if that limit is exceeded.

All I’m saying is – either increase the time to 10 minutes, or create some more space and strictly designated pick-up/drop-off areas so that vehicles can exit smoothly without getting stuck in a queue and having to pay unnecessarily for that reason.

Update, January 2019: Thankfully, someone took a note of this and while these charges were rationalised last year, further changes/reduction are on the cards from April 2019. Fingers crossed on that!