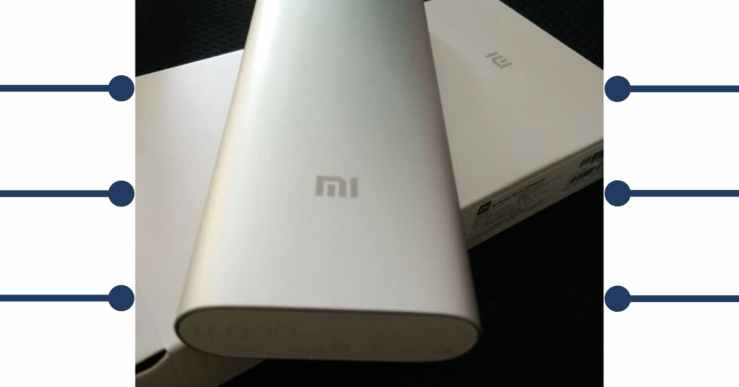 When the Mi 16000 mAh power bank was announced, I couldn’t resist buying it along with the Mi Band when both were made available on 09th June at 2pm. Some months ago, during a sale on Amazon, I’d picked up an ihave ia1310 Boss 10000 mAh Power Bank (Gold) for Rs. 799, so as far as power backup requirements go, things were actually quite sorted.

Previously, I’d looked at buying one from Ambrane (10400 mAh), Lenovo (13000 mAh), OnePlus (10000 mAh) or even Xiaomi’s own 5200 mAh and 10400 mAh power banks, but they were mostly sold out quickly and then out of stock for ages. Plenty of fakes floating around too apparently, as I learned from some folks who’d bought them, though there are ways to identify the fakes.

I liked the look and finish of the power bank. In fact, both this and the ihave power bank could easily pass off as products from the Apple stable. Housed in an aluminum body and powered by a Lithium-ion battery, the Mi 16000 mAh power bank is literally a handful at 145mm X 60.4mm X 22mm – slightly slimmer than expected, and yes, at 350 gms, somewhat on the heavier side – as expected. There’s a charging cable included, but no adapter. 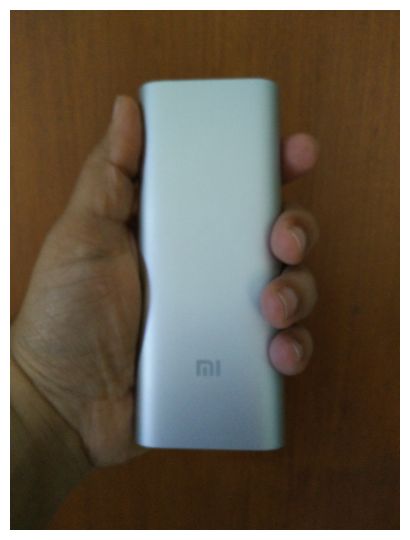 The Mi 16000 mAh power bank has a power button, micro-USB input and two USB ports for charging, both supporting a 5.1V/2.1A output current. As they say, the devil is in the details, so if you’re using both ports simultaneously, the maximum output is 5.1 V/3.6 A, not 4.2 A as you might expect. Maybe that’s why it doesn’t get too hot when charging two devices at the same time. The power button has a slight indent, so no accidental pushes, which is good. The four LEDs indicate charge status.

On the opposite side, the specs are listed, and there’s a mention of rated capacity at 5.1V being 10800 mAh and conversion rate > 90% – nice of Xiaomi to actually print this information. Basically, this means that to know how often you can charge a device, a simple calculation of dividing 16000 mAh by your device battery(mAh) wouldn’t be accurate. The actual number of charges would be a tad lower than that. 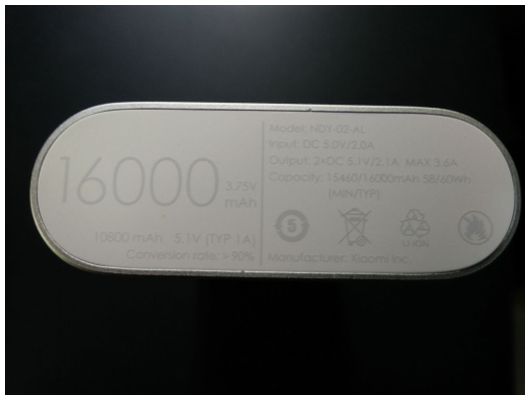 Charging the iPad2 (6930 mAh) seemed to take ages, and I unplugged it midway. Might be quicker with the newer iPad range. I was able to charge both the OnePlus One and the older Note2 pretty quickly,  The OnePlus One has a 3100 mAh battery, and it took around 1.25 hours to go from 2-3% to 100%; the Note2 also has a 3100 mAh battery and it took 10-15 mins longer compared to the OnePlus One. Overall, I could utilise the power bank for four charges till it drained out; I don’t wait for the phone battery to be 0%, usually plug in a charger at 10% or so so this is decent.

The Mi 16000 mAh power bank is a beast, and at Rs 1,399, it’s worth it if you use multiple devices that need to be charged during the day and if you want to avoid carrying multiple power banks as well. 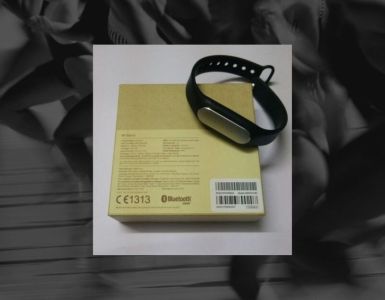 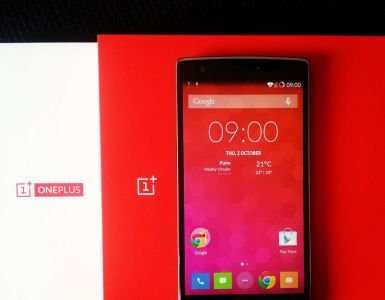