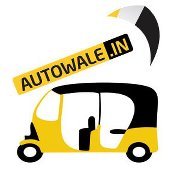 Ever since I moved to Bombay some months ago, I usually book the 6am or 6.15 am Shivneri bus to return from Pune over a weekend, which gets me to Bandra by around 9.45 am – 10.15 am on Monday mornings.

To commute from home to the station, finding an auto so early is never easy and the distance is too less to warrant booking a radio cab service like Wings Radio Cabs – besides being pretty expensive too. Having come across a mailer for Autowale, I was quite enthusiastic about their 24 hr service and decided to try it out this Monday.

Firstly, their number seems to be quite busy and it was quite a while before I got through to a representative. After giving them all details pertaining to my booking request, I waited for the confirmation SMS to arrive. When it did, the first shocker I got was the text;

Confirm my trip one hour before pickup? I called their number again to know what exactly they meant and if they thought I was going to wait till early morning to know *if* someone was coming for the pick up, they were sadly mistaken.

The representative informed me that only the booking request had been accepted and they would speak with the driver before confirming the booking, not later than 10 pm on Sunday night. I thought this was a crazy system, because they’d keep me hanging till 10 pm, after which I’d then have to find some alternative transport.

The representative said he’d do his best to allocate an auto and driver much before then, and at around 6.40 pm on Sunday, I got an SMS mentioning the name of the driver, his mobile number and the auto number. So far, so good.

Cut to 5.45 am on Monday morning, and no auto. Called the driver, didn’t get any response. Called Autowale, got a message saying “all representatives were busy on other calls” – at 5.45 in the morning, which was ridiculous! Finally got thru on the third attempt, and the guy said they would check with the driver who “should be reaching any minute”.

Called the driver again, and after almost 8-10 rings, he finally answered. His response? He was feeling unwell hence didn’t come, and if it was urgent, it would take 10-15 mins more. Urgent? WTF, did he think I called for an auto that early because I wanted to do a Pune-darshan?

Luckily, got another auto and was en route when the Autowale guy called to say the driver “would be reporting shortly”. Gave him a piece of my mind and told him what the driver said, to which he responded that “action would be taken against the driver”. I just cut the call as I wasn’t in any mood to argue.

What I can’t understand is this;

a) If you’re offering 24 hr services, what is the point of booking in advance if you still cannot provide a vehicle? This reminds me of a similar nasty experience I had in April with TABCab in Bombay where I booked a cab the previous night for the next morning, and they didn’t send a car because “no car was available in my area”. What is the difference in asking for a vehicle in an hour and making an advance booking if the end result is still going to be “No vehicle available”?

b) If your driver is unwell, doesn’t he have the sense to call the customer or his office and inform so that alternative arrangements can be made? Why wait till the customer has to call up?

This was a pretty bad first experience.